How to Organise Your Cords You Godless Monsters

Few things make the eyes bleed more than a messy nest of errant cords. They just sit there, a trap for pet hair and dust bunnies, an ugly eyesore in the middle of your room just begging to be tripped over. You’d assume a site full of tech nerds would be in agreement that messy cords are a cardinal sin. But alas, Gizmodo is apparently full of godless heathens who let their cables flap out in the open willy nilly.

Just look at this top photo. There’s a radiator pipe just snaking through those cords! What happens in the winter? Maybe not the best idea to have cords next to a heating source! This photo makes me weep. While I’ve generously decided not to shame my fellow staffers by name, I do have to live with the knowledge that people I work with let their cords fester in squalor.

The pros of organising your rat nest of cords are numerous. Your home looks neat – which considering how most of us are cooped up right now, that’s got the added benefit of making sure your work and living space doesn’t make you want to tear your hair out. Case in point: few things make a wall-mounted TV look less cool than a dangling mess of HDMI cables. Also, few things are more distracting when trying to work than staring at a huge mess.

You also get the benefit of easily swapping out things from your setup anytime you get a new console, gadget, or TV. Locating which gadget is attached to what cord becomes 10,000 times easier. When you eventually move, packing these bad boys will also be 10,000 times easier, I swear. Plus, it’s no longer a safety hazard for humans or robot vacuums alike.

That said, I get it. Cable management can be equal parts daunting and annoying. Investing in the right power strips, cable ties, and cable box organisers can require a level of pre-planning that is just tedious enough that you put it off for ages. But consider this: It doesn’t have to be the type of perfect cabling like you see in stock photos of server rooms. (After all, some server rooms are nightmares of their own.) Even the bare minimum of shoving those bad boys out of sight will do. 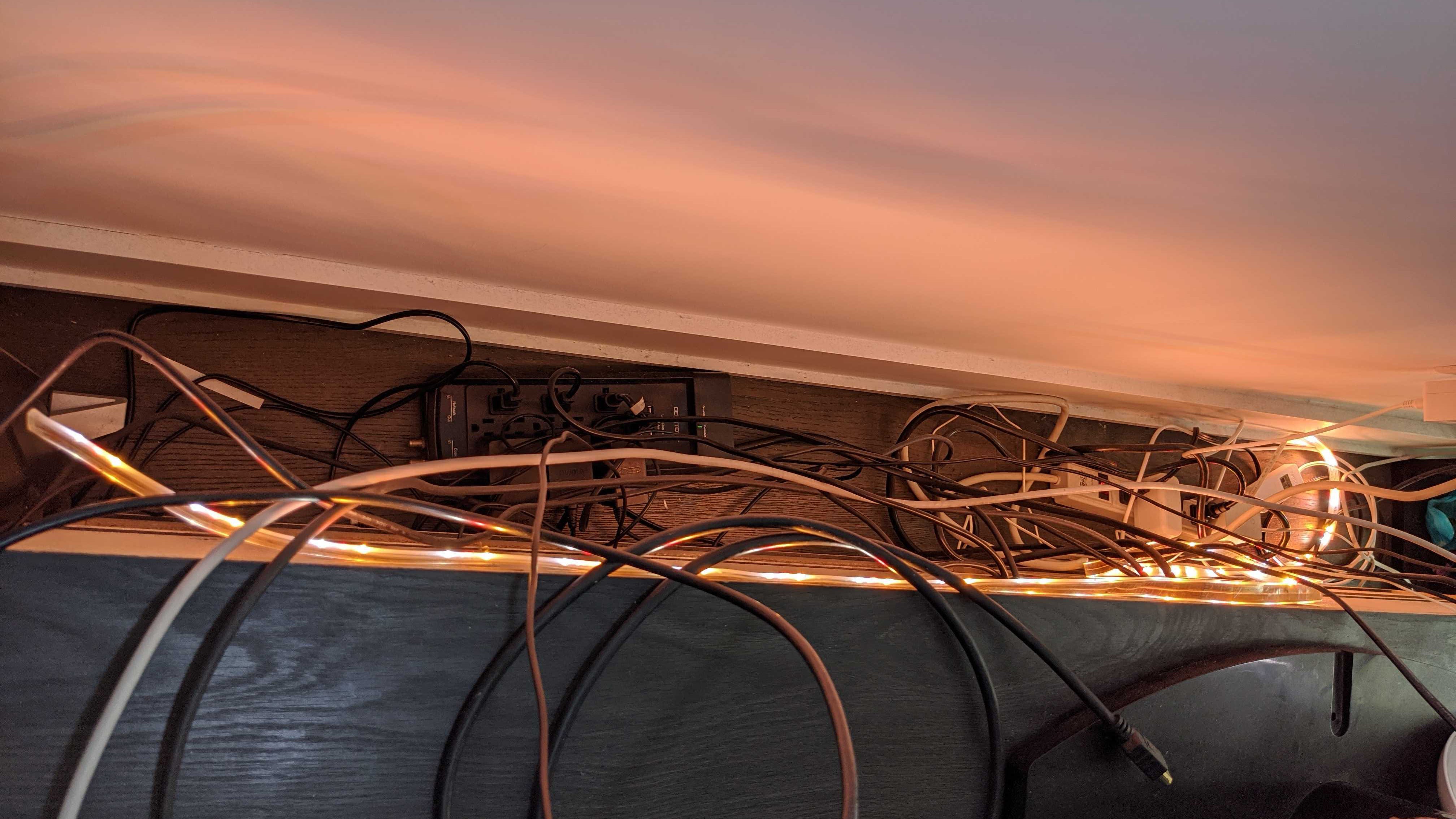 Take this nameless staff member, who has dutifully dumped their mess behind their TV stand, where no human can see it, trip over it, or look at it and have their anxiety spike. Out of sight, out of mind. This is the sort of mess that gets dealt with once in a blue moon, and honestly, you could probably sort this out with only a few mild curses. I have seen their flat in person and can confirm that unless you’re snooping around like a busybody, you’ll never actually see any of this.

Still, if you want to take the extra step, cable management sleeves, ties, velcros, and boxes are plentiful online. They’re also relatively cheap! Or if you have long hair, as I do, make use of the approximately one kajillion hair ties you probably have lying around to tie certain cords together. An afternoon of even half-assed spring cleaning could transform all your hideous cabling into something that would make Queer Eye’s Bobby Berk nod in silent acknowledgement that you, in fact, tried. (And let’s be real – we all have a lot more time on our hands these days anyway.) Just look at this setup from another Gizmodo staffer who has organised their cords. 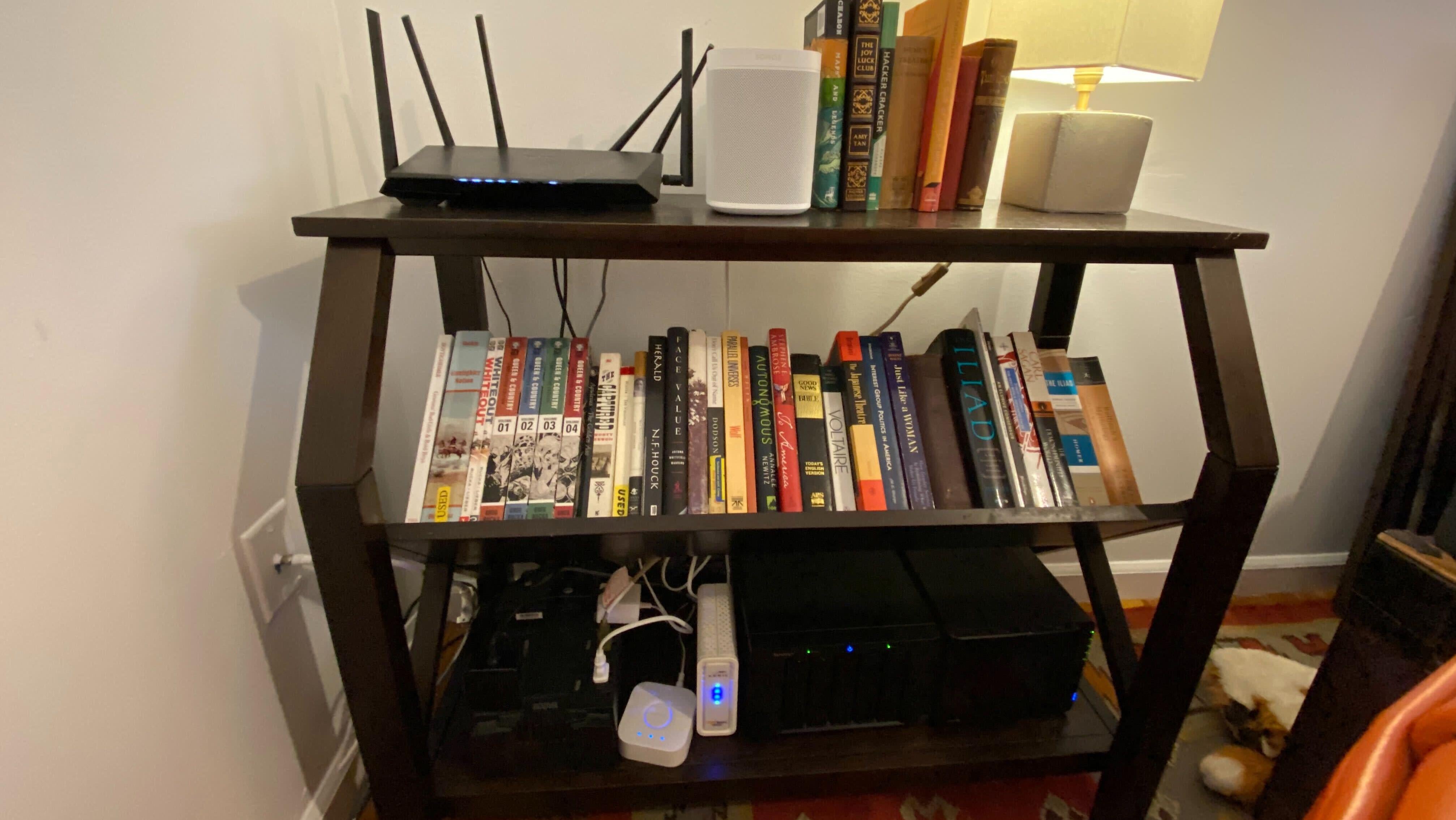 There’s nothing particularly fancy about this. Yes, you can see some cords but you probably wouldn’t register it in passing. They’re tucked in an area where no one’s going to get hurt. You could easily figure out what cable goes to what device. Doesn’t it make you feel better than the top photo? Don’t you feel like breathing a sigh of relief? Who among us wouldn’t prefer a clean living space that screams you have the whole adulthood thing down pat?

Please, fellow gadget nerds, share your cable management tips and tricks so I can help my hapless coworkers see the light. Or you know, out yourself as one of the monsters who thrives in the chaos of unbridled cords.

How To, Mobile News, Technology

10 WAYS TO TAKE CARE OF YOUR PHONE