Introducing Xbox Series X, our fastest, most powerful console ever, designed for a console generation that has you, the player, at its center. Xbox Series X is powered by our custom-designed processor leveraging AMD’s latest Zen 2 and RDNA 2 architectures. The new system on a chip (SOC) has been built from the ground up for speed and performance, with 12 teraflops of processing power and with compatibility in mind for four generations of games.

Power your dreams
Introducing Xbox Series X—our fastest, most powerful console ever, designed for a console generation that has you, the player, at its center.

Most powerful Xbox ever
Explore rich new worlds and enjoy the action like never before with the unmatched 12 teraflops of raw graphic processing power.

More playing, less waiting
Experience next-gen speed and performance with the Xbox Velocity Architecture, powered by a custom SSD and integrated software. Seamlessly move between multiple games in a flash with Quick Resume.

19 Reviews For This Product 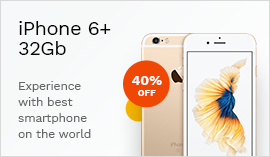